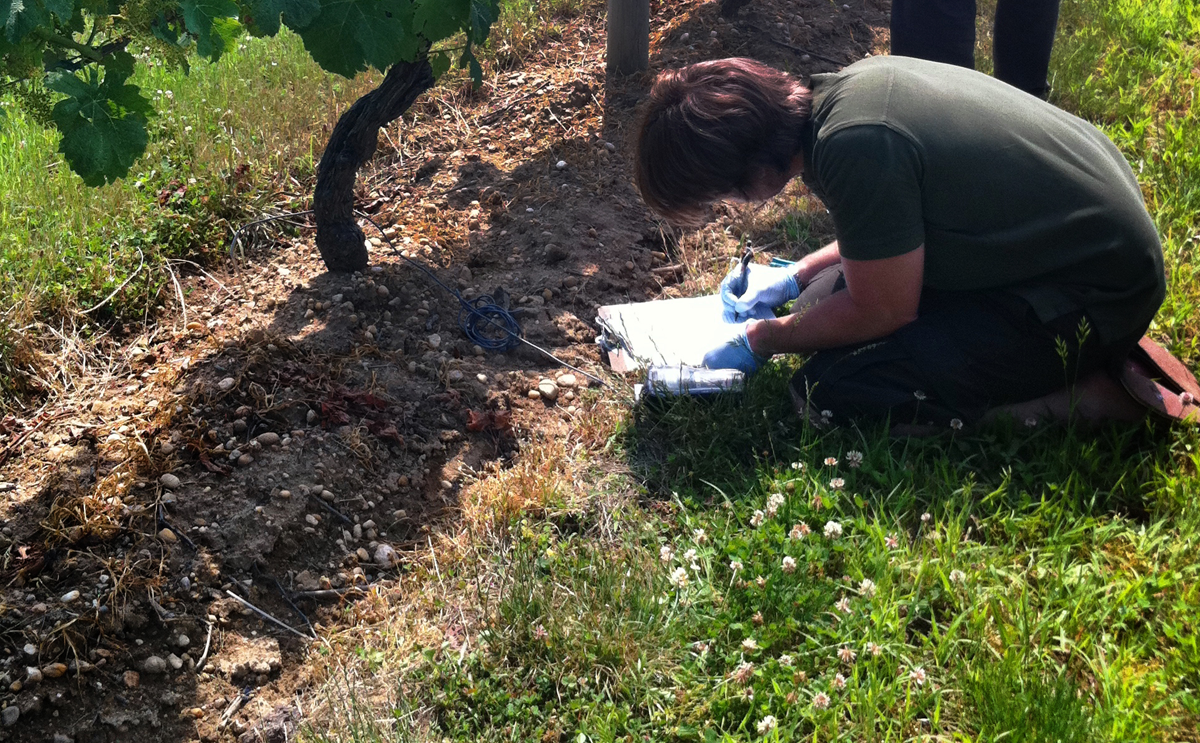 Grapevines’ “microbial signature” may influence a wine’s taste and more, a blood pressure drug may help with multiple sclerosis, a UChicago bioethicist calls for more research into Muslims’ health behaviors, and a compound found in magnolia tree bark may prevent heart disease.

In a study that suggests why wines carry regional tastes and how farmers might grow healthier crops without chemicals, microbial ecologist Jack A. Gilbert found that grapevines may “recruit” bacteria from the soil that help them thrive. A researcher at Argonne National Laboratory and UChicago, Gilbert led a team that sampled microbes in the soil, roots, leaves, flowers, and grapes at five New York vineyards. Each had its own “microbial signature”—an interwoven community of hundreds of thousands of microbes—offering a clue to what makes up terroir, or grapes’ regional taste. While most bacteria they sampled came from the soil, the same bacteria were found in different amounts elsewhere on the plant, suggesting that different parts of the grapevine recruit specific bacteria. The next step, Gilbert says, is to find ways to encourage the growth of beneficial bacteria that help plants become more drought tolerant or produce more fruit. The findings were published March 24 in mBio, a publication of the American Society for Microbiology.

An FDA-approved drug for high blood pressure might help alleviate multiple sclerosis, a disease with no known cure that affects more than 2.3 million people worldwide. A team led by UChicago neuroscientist Brian Popko found that guanabenz, an oral medication, seems to strengthen animal cells’ defensive machinery by temporarily blocking the reactivation of a protein. This helps prevent the loss of nerve-insulating myelin, a major hallmark of MS. The team tested guanabenz in mice and found that, administered early, it delayed the onset of MS symptoms. In about 20 percent of the animals, the drug prevented symptoms from appearing at all. Guanabenz also seems therapeutic after MS symptoms have appeared and peaked: giving the drug immediately after a cycle of severe symptoms, the researchers found a nearly 50 percent reduction in symptoms during the next relapse cycle. Guanabenz likely won’t work as a standalone treatment; it would be used in combination with other drugs, and researchers hope it could replace some of the riskier MS drugs. The findings were published March 13 in Nature Communications.

Arguing that a lack of research on Muslim American patients puts them at risk for poor quality health care, UChicago physician and bioethicist Aasim Padela found that there are relatively few studies focusing on the country’s estimated 7 million Muslims. In an April 1 report in the Journal of Health Disparities Research and Practice, Padela wrote that a search of 18 million research studies published in medical journals between 1980 and 2009 turned up only 171 with a focus on Islam. Padela, who also heads the University’s Initiative on Islam and Medicine, called for more research on the health effects of anti-Islamic discrimination and how religion influences Muslims’ health behaviors. “In the area of health disparities among American Muslims,” he says, “we know very little.”

Cure of the magnolia

The bark of the magnolia tree may help prevent certain kinds of heart disease. Mahesh Gupta, UChicago cardiac cell biologist and associate professor of cardiothoracic surgery, reported in the April 14 Nature Communications that honokiol, a compound derived from magnolia bark, can help prevent the thickening of the cardiac muscle often caused by chronic high blood pressure, which can lead to heart failure. Injected into mice, honokiol—an herbal remedy used for centuries in Asia—reduced excess growth of individual heart muscle cells; decreased the thickness of ventricular walls; stopped cardiac muscle cells from stiffening; and protected them from oxidative stress, which can damage DNA. The compound does this by activating SIRT3, a protein associated with slower aging, metabolism regulation, and stress resistance. Sedentary patients over age 60 have nearly 40 percent less SIRT3 than people who are younger. In mice, a small amount of honokiol nearly doubled SIRT3 levels in 24 hours