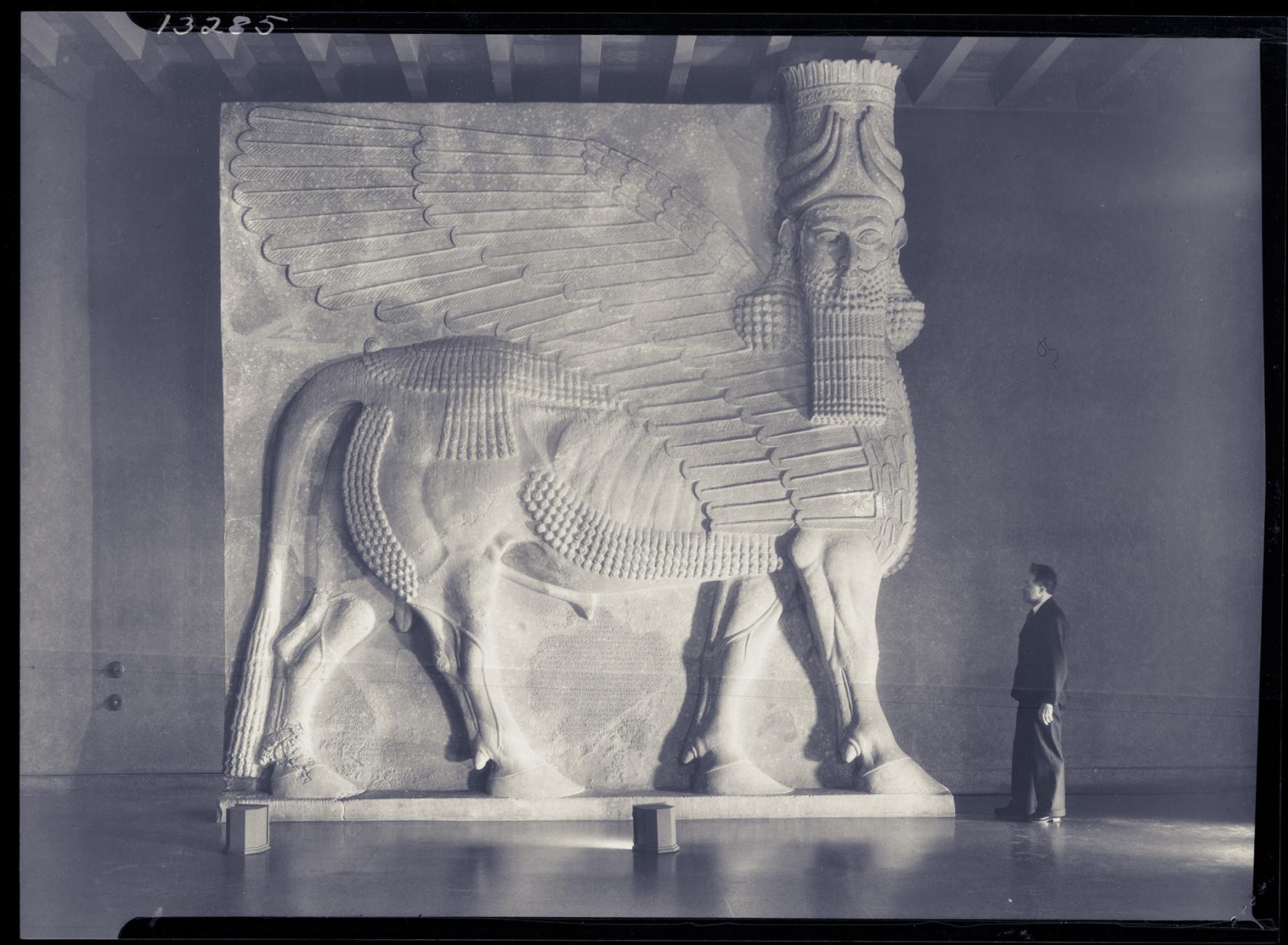 This sculpture, part of a pair that once guarded the entrance to the throne room of King Sargon II, depicts a protective spirit known as a lamassu—a bull body, a human head, and bird wings. (Photo courtesy the Oriental Institute)

From the seeds first planted by William Rainey Harper and James Henry Breasted, the Oriental Institute blossomed into something rare.

By
Author
Laura Demanski, AM’94
|
The University of Chicago Magazine
—
Summer/19

In this issue we observe the astonishing century that the Oriental Institute is about to celebrate. The OI was established in 1919 as the University’s first research institute, but its seeds go back further, to 1894, when William Rainey Harper appointed James Henry Breasted to the University of Chicago faculty.

Harper, the wunderkind who was the first to lead this University, had crossed paths with Breasted at Yale. The newly minted president had been a professor of ancient Hebrew and the Old Testament there when Breasted attended as a divinity graduate student with a strong interest in Semitic languages and literature.

What Breasted set in motion in Chicago would have been hard to foresee when Harper brought to campus the brand-new doctor of Egyptology—the first American so degreed. Twenty-five years down the road, a decade after Harper’s death, the University established the Oriental Institute with a gift from John D. Rockefeller Jr.

Moving from its first home in the Haskell Museum to its current location in 1931, the OI thrived. More than in most fields, the assumptions, methods, and real-world contexts of Middle East archaeology changed with the volatile political times and technological leaps of the 20th century and early 21st (see “Past and Future”).

The OI’s blossoming, which continues, made the Magazine’s task on this occasion frankly daunting. The world of its research, archaeology, museum, dictionaries, public outreach, and conservation—I could go on—is as vast and rich as the cultures of the region that Breasted was the first to call the Fertile Crescent. In our centennial special section we’ve only scratched the surface of the OI’s past achievements, present work, and future ambitions.

Luckily, there are more opportunities to learn—and to participate firsthand. The OI will celebrate its milestone throughout the 2019–20 academic year. To find centennial lectures, films, exhibitions, and more, keep an eye on oi100.uchicago.edu.

Finally, we hope you’ll add your own OI memories to the record (archaeological and/or written). Send them to uchicago-magazine@uchicago.edu. We’ll share readers’ recollections with the OI and the University Archives, and print a few in the Fall/19 issue.