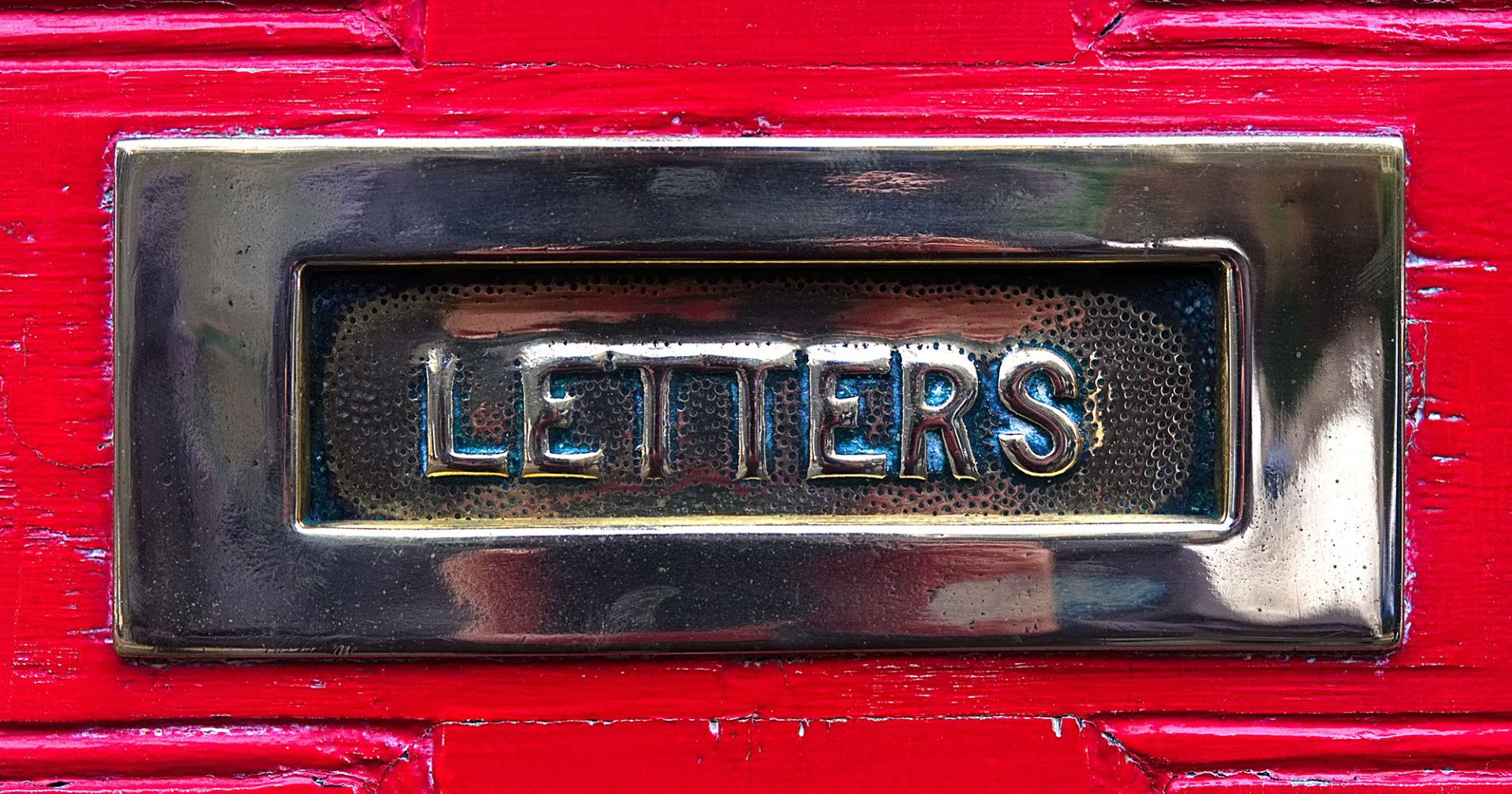 Readers appreciate a Study Abroad story, remember a scientific friendship, make the case for weightier coverage in the Magazine, and more.

I found “Nine Weeks in Dakar” (the Core, Summer/18) remarkably rich and moving. I commend Carrie Golus, AB’91, AM’93, for concisely capturing such a beautiful level of detail about the students’ lives in Dakar, the staff’s knowledge and sense of purpose, and the transformative education provided by the College through this program. I, too, felt transformed by the end of the article, having gained new insights into Senegalese culture, the history of colonialism in Africa (with revealing side glances at voluntourism, research bias, museum curation, and the slave trade), and a reminder of what it feels like to be an undergraduate unmoored. Thank you.

Praise God for Gajewski, Hubbell, Luke, Swartz, and all involved in the new immuno-targeting of cancer (“Plans of Attack,” Fall/18). Please pass on to them my urging, if they have not thought of this, to try any methyl bullet they can think of to fire at their matrix targets to smother cancer cells with methyl groups. I’ll speak also for my dear friend, the late Robin Holliday (he of the Holliday model of DNA recombination), who was also working on methylation as an attack tactic against cancer. This may be naive, but who knows. God bless, and again, thanks much.

Awesome! Incredible! Well-done! Your whole staff should be congratulated on the excellent new visual design of the Magazine. I’ve been reading magazines and newspapers for roughly 45 years, and yours is the only “redesign” I’ve ever seen that successfully improved on the previous version. Your new typeface is indeed more readable, and the color combinations are very appealing and present both great framing and contrast. It seems clear to me that you actually did some research and/or testing here, and the result makes me proud to be a Chicago alumnus.

I noticed Daniel R. Campion’s (AB’70) Fall/18 letter wishing for the University to maintain its ties to Yerkes Observatory. By coincidence, I am working on a sequel to my book Wizard: The Life and Times of Nikola Tesla; Biography of a Genius (Citadel Press, 2016), with a section on the inventor’s friendship with George E. Hale, the astronomer most responsible for creating the giant telescope and observatory. They most likely first met at the 1893 World’s Columbian Exposition, where Hale presented his great telescope and Tesla, with George Westinghouse, created the means to light the fair. Here is part of their correspondence, from March 1898, where Hale invites Tesla to a conference in Williams Bay, Wisconsin, that summer, asking, “Are there any objects which you would especially like to examine with the 40-inch telescope?” and adding, “It is expected that entertainment will be provided for the visiting astronomers and physicists in the various pleasant summer homes on the shores of the lake. While definite arrangements have not yet been made, I think I can safely promise that this will be one of the most agreeable features of the occasion.”

Citing a bout with the grippe, Tesla declined the invitation. In fact, he was planning on embarking on his most successful series of worldwide wireless experiments, which he conducted the following year in Colorado Springs, Colorado, and thus was incredibly busy, but, in retrospect, Tesla had second thoughts. A decade later he wrote to Hale: “I have greatly regretted that since our meeting at Chicago years ago, we have never been able to get again together. Your work interests me very much, and I am heartily in sympathy with you. Please do not fail, the next time you come to New York, to call on me and give me an opportunity to exchange a few ideas with you.”

The unbearable lightness of the Magazine

This regards the concerns identified in Kimball Corson’s (AM’68, JD’71) letter (Fall/18). Owing to his cogent insight, I skimmed the Fall/18 table of contents. Of the seven articles listed there, one was a biographic piece on a civil rights activist and another was a scientific piece on cancer research. The remainder were infotainment-like puff pieces (excepting, perhaps, the piece on censoring licentious graffiti).

Published within an academic milieu of some of the greatest minds on the planet, this magazine arguably has extraordinary access to them. Many of those great minds, in different fields, may have valuable contributions to make on critical subjects like the rapid disintegration of stabilizing institutions—both nationally and globally—with little offered as replacements except anarchy or “nationalism.” One can add the ravaging effects of climate change and global warming; the crushing effects of planetary overpopulation creating growing demands for, and overexploiting and consuming, the earth’s natural resources; and the resulting multiple forms of land, air, and water pollution. One could easily add another dozen topics.

Focusing on such issues does not necessarily require a steady diet of disheartening articles from specialists in fields that touch upon them. However, our world situation has become increasingly and uniquely critical. We, as humanity, face the specter of a devastating global cataclysm in the nearing future unless we are able to identify effective remedies and solutions. Time, however, appears to be running out. Accordingly, perhaps a greater effort might be made by the editorial staff to recruit, from the intellectual treasure of U of C faculty members or doctoral candidates, more authors who express their views on these grave and monumental issues so that any proposals they proffer may actually make a difference.

In his Fall/18 letter, Kimball J. Corson, AM’68, JD’71, faulted the Magazine for containing academically light pieces and avoiding the serious problems of our nation. The point is missed as the alumni magazine is geared to reporting our college and graduate programs’ best educational and scientific output. The alumni magazine is where people who solve and discuss our nation’s problems are highlighted in every magazine. Simply, how has the U of C educational process contributed to world knowledge, from Nobel Prize–winning research to student achievements?

If I were a college counselor, I would give high school students access to our alumni magazine; many individuals discussing and solving our nation’s problems are featured there. So the real question to me, are our high school college counselors receiving the University of Chicago Magazine?

We take Quinn’s and Corson’s criticisms seriously and welcome other readers’ feedback on the types of stories published in the Magazine. We will bear these opinions in mind when planning future issues. The Magazine is not mailed to college counselors, but we appreciate the letter writer’s suggestion.—Ed.

I would like to make some comments on the points David Sobelsohn, AB’74, brings up in his response (Fall/18) to my letter about requiring supermajority votes for US Supreme Court decisions. I am encouraged to know my letter has inspired further discussion about the court system.

Sobelsohn points to a lack of effective precedent at the Supreme Court level. If the court is so seriously divided that it can only decide in 5–4 decisions, then perhaps there is not yet any legal precedent that has been adjudicated at the lower court level, and perhaps the Supreme Court should not get involved until the judges can perceive that it is time to establish a precedence. Even this statement assumes that the Supreme Court justices and lower court justices have been confirmed without any political motivation on the part of the Senate. This assumption is quite idealistic.

As the higher courts get more involved in lower court decisions, it seems to me to diminish the authority and effectiveness of our lower courts. I do believe that many issues should be decided in the lower courts, and perhaps by more than one-person decisions. I would accept Sobelsohn’s criterion of 6–3 decisions as perhaps more realistically achievable than 7–2 or 8–1 decisions. However, when such decisions as equating money with free speech become the law of the land with 5–4 majorities, then any prudent person has to question the current system from the Supreme Court down to the lower courts. We seem to have a court system that resembles an inverted pyramid, with the power of the lower courts becoming less and less effective—a very unstable equilibrium.

Sobelsohn’s comment about the influence of only 9 percent of the electorate does point out a different kind of problem regarding the Senate confirmation of all court judges. The suggestion of a supermajority for Senate confirmations would fit in nicely with my proposal and perhaps would be a more realistically achievable start to mend a very serious problem with the balance of powers in government. To paraphrase Lord Acton, power tends to corrupt and supreme power corrupts supremely.

Having received the Fall/18 issue of our Magazine, I note with some sadness that this “UChicago” business is now simply everywhere the U of C is mentioned.

You are aware, surely, that the rebranding is unseemly, a bit louche, almost tawdry. (Has anyone ever told a friend that he studies at UChicago?) The boosters and the focus groups doubtless persuaded your suits that Better Name Recognition would bring in more cash. After all, when Oxford rebranded as RealEnglishOxford, nobody ever again got it confused with Oxford Community College and Dry Goods in Crawspittle, Mississippi.

Then again, I’m of the older generation now, getting a bit long in tooth. And I’m an expat. The aesthetic and cultural concerns of Hyde Park and its emanations should be far from my purview. But I’ve done my share of marketing. Here’s hoping UChicago meets with general acceptance, because if it doesn’t, another attempt to reboot will make you look ridiculous. (I once worked for an outfit that did it twice in 20 years; it was embarrassing.)

The University and the Magazine use UChicago as the institution’s official informal name to avoid confusion with other institutions that use “the U of C” or “UC.”—Ed.

In “Plans of Attack” (Fall/18) we misstated the timing and nature of a clinical trial run by assistant professor of medicine Jason Luke on an Evelo Biosciences drug. FDA approval for the trial was given in October 2018, and the microbial drug is being tested on patients with melanoma and other cancer types. We regret the error.

The University of Chicago Magazine welcomes letters about its contents or about the life of the University. Letters for publication must be signed and may be edited for space, clarity, and civility. To provide a range of views and voices, we encourage letter writers to limit themselves to 300 words or fewer. Write: Editor, The University of Chicago Magazine, 5235 South Harper Court, Suite 500, Chicago, IL 60615. Or email: uchicago-magazine@uchicago.edu.