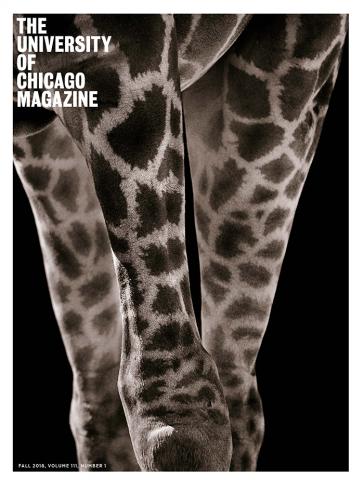 Caught in the legend

A famed actor’s UChicago story unravels; and a new look for the Magazine comes together.

A Community of Scholars

By treating violence as a public health issue, UChicago Medicine trauma experts seek to transform care on Chicago’s South Side.

Something new under the sun

The Constitution goes to school

Everyone can have great skin

A study from the School of Social Service Administration points the way toward better lives for hourly workers—and a stronger corporate bottom line.

College majors, by the numbers.

The Steps to 55 Steps

When Mark Bruce Rosin, AB’68, visited mental hospital patients as a College student, it opened the doorway to his 2018 screenplay.

Questions for the award-winning novelist and short story writer.

Reatha Clark King, SM’60, PhD’63, was one of the less hidden figures in the space race.