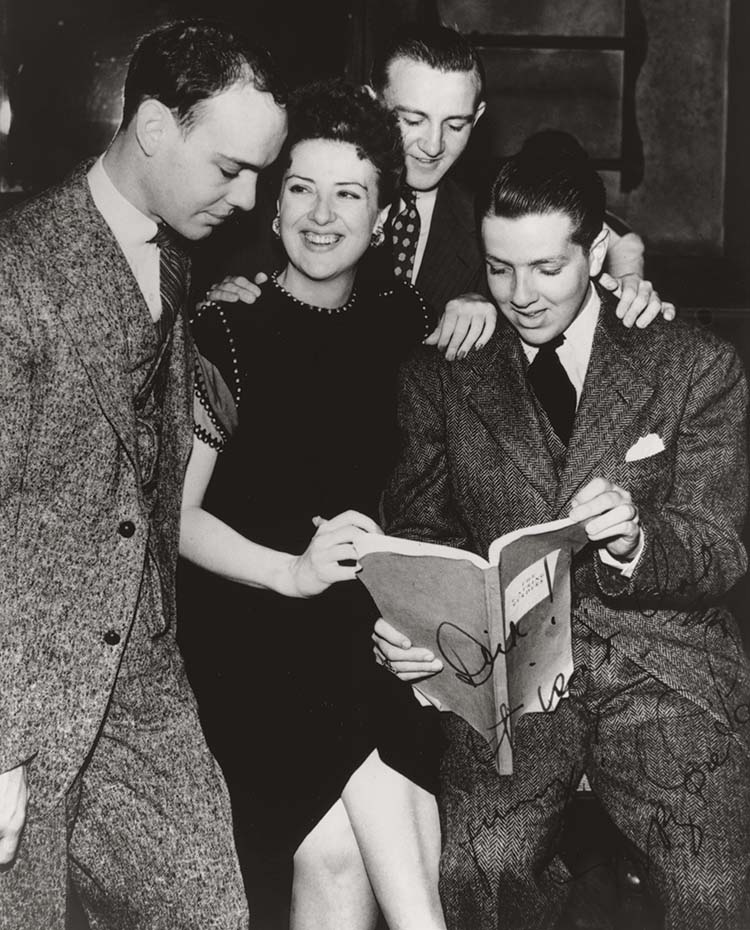 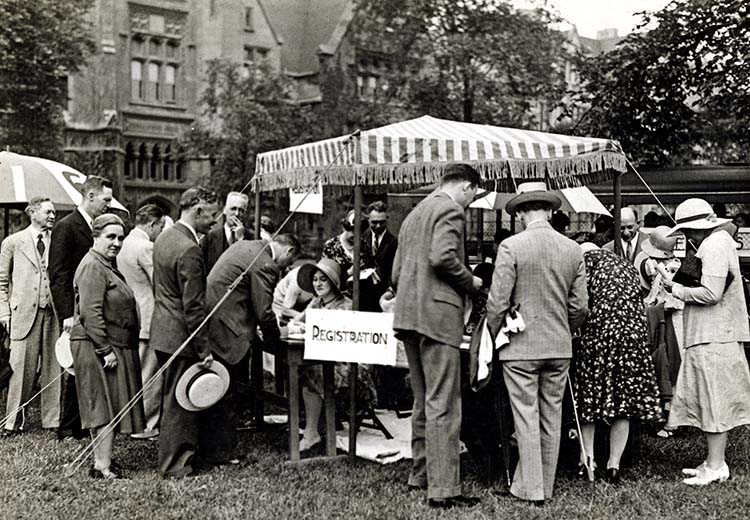 The ancestral Maroons in this 1931 photo line up to sign up for the fun at that June’s University of Chicago alumni reunion. You can follow in their footsteps by returning to Hyde Park for Alumni Weekend, May 19–22. The 2022 celebration will include festivities like the beer garden on the main quad, along with lectures, tours, and more. And for the Class of 1972, Class of 2017, and all the twos and sevens in between, mark the milestone year by gathering for your College class reunions. To learn more about Alumni Weekend events, and to register, visit alumniweekend.uchicago.edu. Planning to attend—or hoping to reconnect with UChicago friends at a mini reunion of your own? The fun that ensues is sure to be news, so send an update to your class correspondent or c/o Alumni News editor at uchicago-magazine@uchicago.edu. (UChicago Photographic Archive, apf3-02147, Hanna Holborn Gray Special Collections Research Center, University of Chicago Library)

Under the lanterns in Hutchinson Court 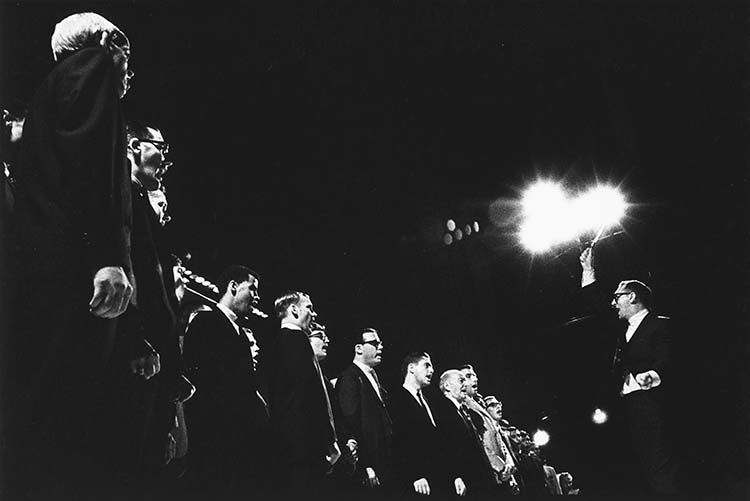 The Interfraternity Sing, seen here in an undated photo, first raised a joyful noise more than a century ago and remains a hallmark of UChicago alumni reunions. The May–June 1963 issue of the University of Chicago Magazine, which put a snapshot of the 53rd annual event on its cover, called the Interfraternity Sing “long the climax of a June reunion,” noting the “tradition-breaking result” in that year’s competition: one fraternity, Phi Gamma Delta, won both the quality cup (for the best singing performance) and the quantity cup (for the most students and alumni on stage). Since 1986 the IF Sing has been a coed tradition. At the most recent competition, in June 2019, the sisters bested the brothers, with Pi Beta Phi winning one of two quality cups, Kappa Alpha Theta taking the quantity cup, and Delta Gamma garnering the spirit cup (for best exemplifying the ideals of the Sing and the University). At this year’s Alumni Weekend, make your way to Hutch Court on Saturday evening to help ring in the return of the IF Sing. (UChicago Photographic Archive, apf4-01434, Hanna Holborn Gray Special Collections Research Center, University of Chicago Library) 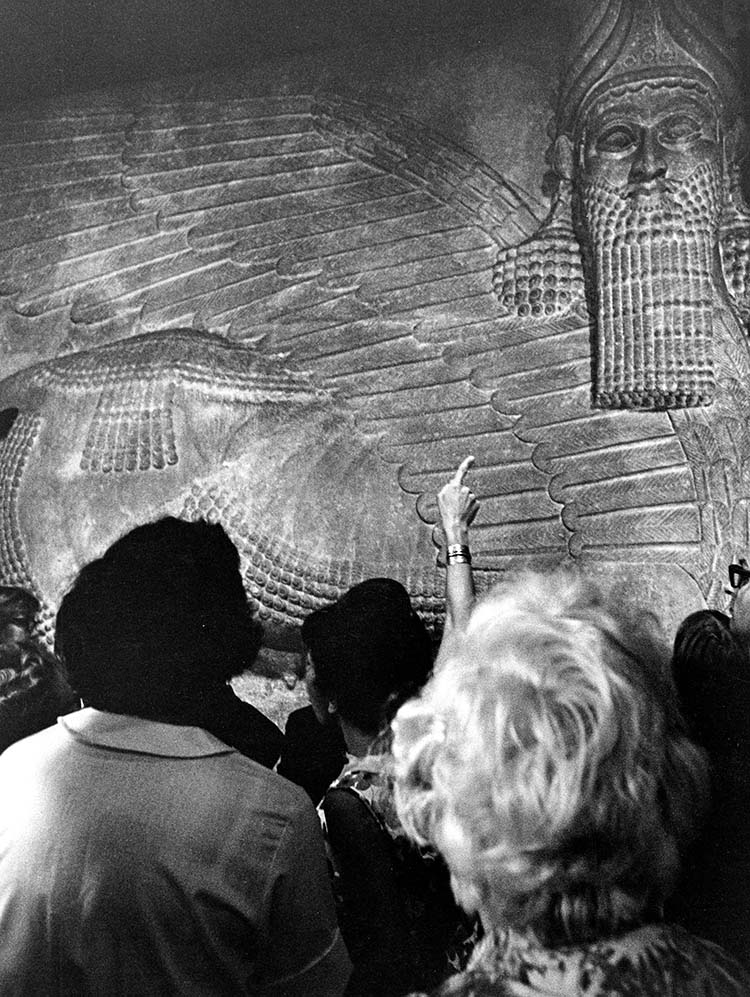 A pointer from an Oriental Institute tour guide helps alumni guests appreciate the museum’s Assyrian winged bull during reunion 1967. The 40-ton, 16-foot-tall human-headed bull sculpture was unearthed in northern Iraq during the OI’s Khorsabad excavations (1928–35). In the eighth century BCE, this protective deity stood guard at the throne room of Assyrian king Sargon II. To accommodate the sculpture’s height, the OI gallery was finished in 1930 only after the bull was brought to campus and the rest of the building could be constructed around it; the gallery’s floor was also reinforced to support the sculpture’s weight. The bull’s symbiosis with its building means that it will surely be there the next time you drop in to visit the OI. (UChicago Photographic Archive, apf3-02044, Hanna Holborn Gray Special Collections Research Center, University of Chicago Library)

Another stitch in time 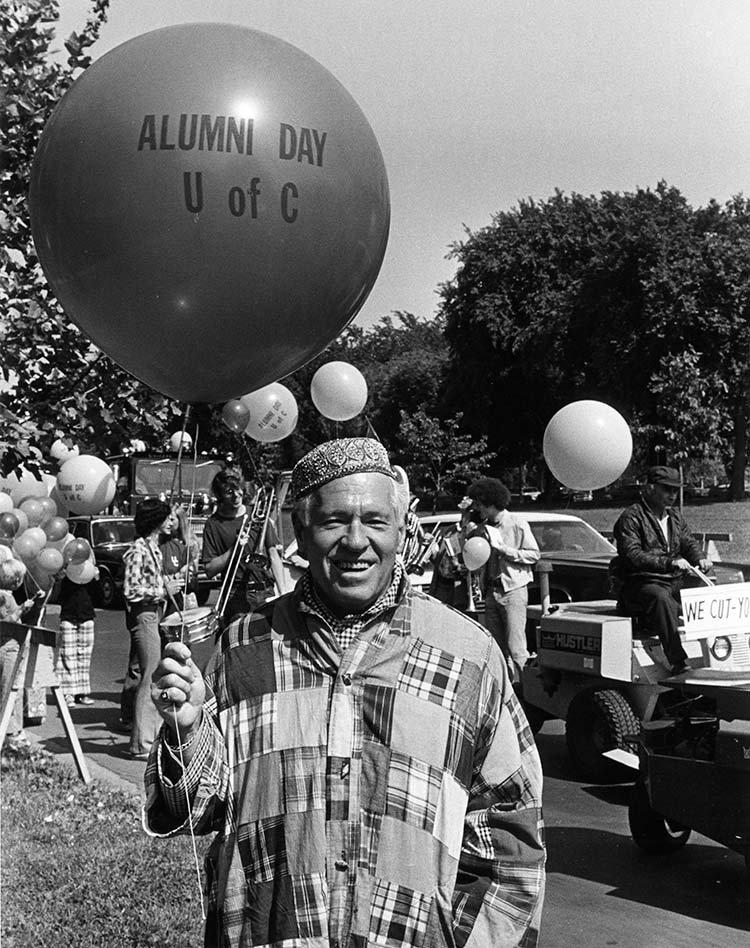 Alumni Association president Julian J. Jackson, PhB’31, wore a funky caftan for the Honorable Alumni Parade in June 1975. This event was something of a throwback. Reports of the alumni parade tradition in the University of Chicago Magazine date back to 1910. In 1916 the Daily Maroon described the parade that June as a carnivalesque event. Marshals on horseback—one recent alumnus and several undergraduates—directed the procession from Bartlett Gymnasium south to the Midway and back to Stagg Field. Near the front of the line were University president Harry Pratt Judson and his wife, Rebecca, and closing out the seven-division march of alumni classes and current students were a number of circus floats. Thanks to the alumni reunion committees, reported the Maroon, the parade was awash in “several thousand distinguishing costumes”—a tradition clearly revived by at least some in the 1970s. If you have memories of the alumni parade in any era, send us a note at uchicago-magazine@uchicago.edu. For another look at the Honorable Alumni Parade events of the ’70s, see “The Party Hits Its Stride,” below. (UChicago Photographic Archive, apf1-05208, Hanna Holborn Gray Special Collections Research Center, University of Chicago Library)

The party hits its stride 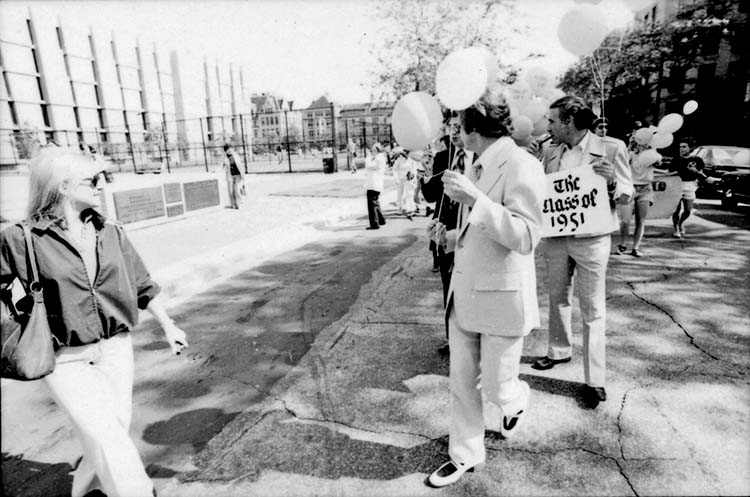 Maroons of diff rent generations converge as the Honorable Alumni Parade turns the corner around Regenstein Library in 1976. The reunion event continued a venerable UChicago tradition (see “Another Stitch in Time,” below). The Class of 1951, celebrating their 25th reunion that year, had an important place in the procession. Other featured sections included the women’s crew club, established in 1975. The all-campus event gave paraders and onlookers alike the opportunity for serendipitous run-ins. If you have a story about a memorable chance encounter at reunion, write to us at uchicago-magazine@uchicago.edu. (UChicago Photographic Archive, apf3-02078, Hanna Holborn Gray Special Collections Research Center, University of Chicago Library)