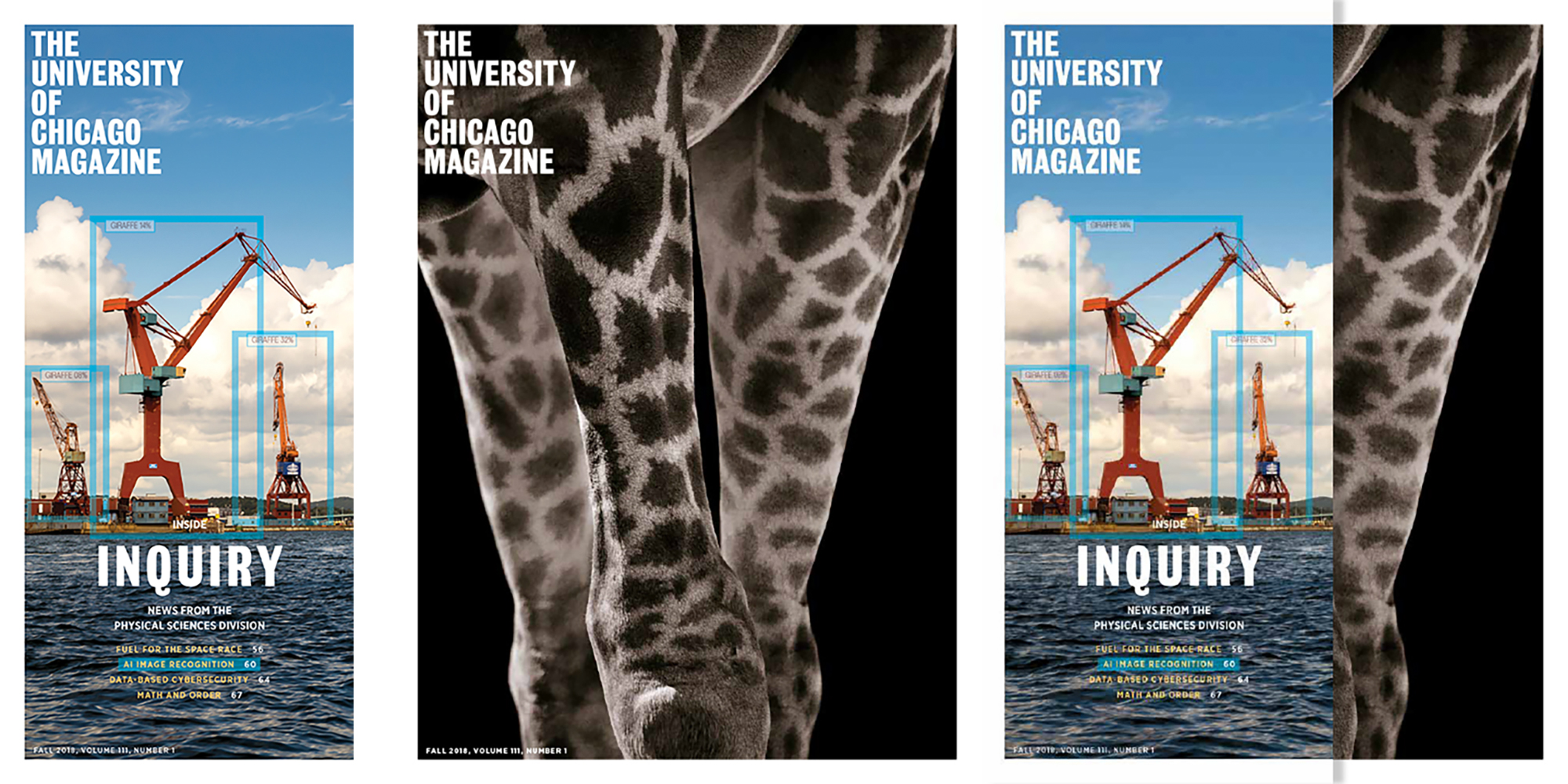 Physical Sciences Division alumni and friends receive copies of the Magazine with a bonus cover spotlighting Inquiry—a special section of stories from the PSD.

Rumor has it that artificial intelligence image recognition sees giraffes everywhere—but that might be a stretch.

The Fall/18 issue of the University of Chicago Magazine features photographer Henry Horenstein, EX’69, whose diverse portfolio includes shots of honky-tonk musicians, horse races, and wildlife. A close-up of a giraffe, part of a series called Animalia, graces the cover.

Art director Guido Mendez spotted this photo as he flipped through one of Horenstein’s photography books. Its choice as the cover wasn’t immediate, but then an interesting thing happened: the editorial staff started seeing giraffes everywhere.

Editor Laura Demanski, AM’94, drove by a towering giraffe-shaped lawn ornament while on safari in Leelanau County, Michigan. A stock photo company sent a promotional email with a contest: find a specific photograph in its image library of two giraffes on an airport tarmac and be entered into a drawing for an Amazon voucher. A cosmologist mentioned giraffes to me during an interview about dark matter.

It was a sign! Or a case of the Baader-Meinhof phenomenon. Or synchronicity, if you believe Carl Jung.

The giraffe-noting cosmologist was Brian Nord, whose essay on artificial intelligence in astronomy was published in the Fall/18 Inquiry. Nord uses neural networks to search photographs of the universe for gravitational lenses. While describing this AI image recognition technology, he noted its ability to “find giraffes in images better than humans can.”

While digging into Nord’s throwaway line, I discovered the connections go even deeper. Apparently Computer Vision, Microsoft’s image identification and processing software run on the Azure cloud, is “notorious for seeing giraffes everywhere due to a rumored overabundance of giraffes in the original dataset.”

Why would there be so many giraffes in the training set? Well, in 2016 Microsoft partnered with the Wild Nature Institute, a conservation organization that conducts field research, including a project studying giraffe populations by photographing thousands of giraffes and identifying them by their unique spot patterns. The process is time consuming, so Microsoft used Azure’s machine learning technology and an object detection algorithm to train a model to recognize these giraffes. 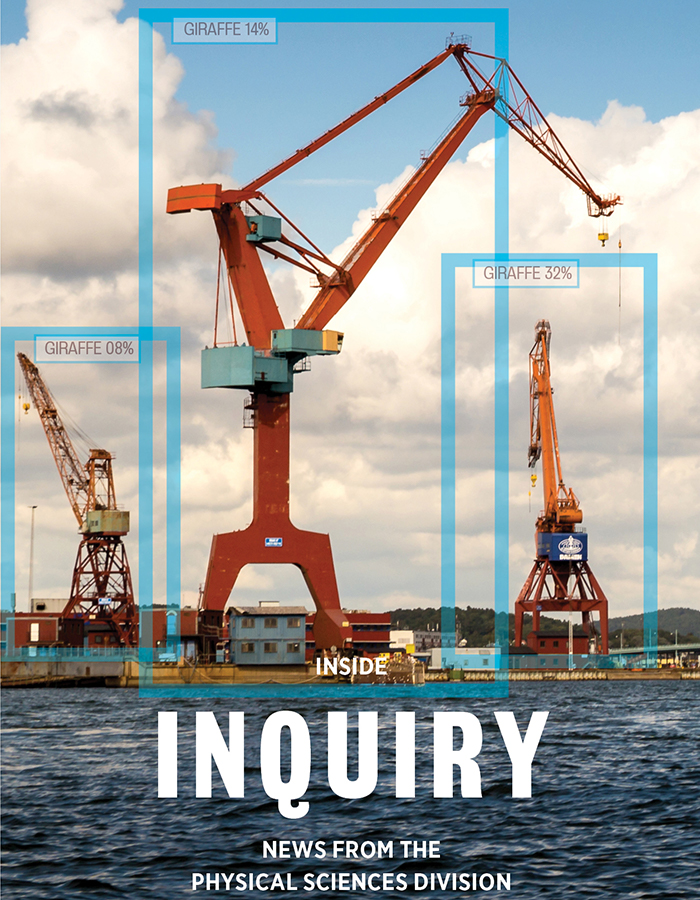 As Nord explains in his essay, the way AI learns is a bit of a black box. Does Azure really see giraffes everywhere, and if so, why? As anecdotal evidence (or pure coincidence), Mendez came across an image of orange cranes—tagged as giraffes. The resulting design for the Inquiry cover, inspired by those misidentified machines, plays on the abilities—and limitations—of AI image recognition.

For the record, Computer Vision did not see giraffes in this particular image of port cranes in Gothenburg Harbor, Sweden. So perhaps it is just a tall tale.