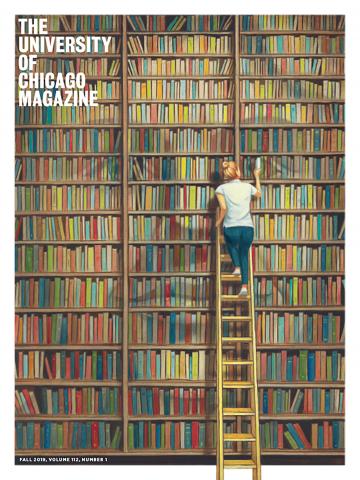 Readers weigh in on 100 years of the Oriental Institute, the life of David Bevington, the merits of college athletics, and more.

Connecting human and feline communities in Chicago. Plus: “Make a Date for Coffee … with a Cat.”

Interview: Are sports an American religion?

New findings on pollution's dangers, internet speeds, the power of light, and the great outdoors.

UChicago՚s Nobels and Nobelists, by the numbers.

Questions for the political commentator, podcaster, and 2014 Institute of Politics fellow.