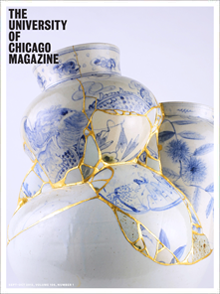 Keepers of University collections reveal the pieces closest to their hearts.

For 40 years, the General Social Survey has cultivated a vast body of knowledge about Americans’ personal attitudes and opinions. Plus: “Survey Says.”

They were the best of spines. 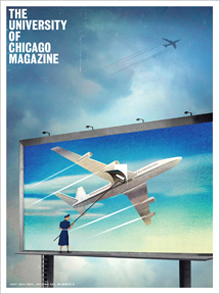 American stewardesses and the making of an iconic advertising campaign.

Scenes from a verdant and varied Alumni Weekend.

Jewel C. Stradford Lafontant, JD’46, was a lawyer and public servant who broke many barriers.

Spring quarter, like any other, offered an encyclopedia of public talks on campus, illuminating topics art historical, zoological, and everything in between. At 11 of these talks, the Magazine staff were there. 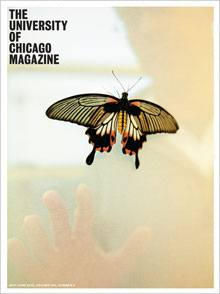 Hamlet and the law 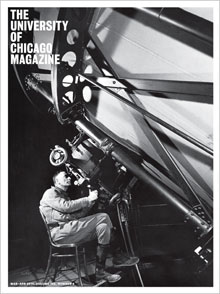 Part of a visual tradition that reaches back to Romanticism, images from the Hubble Space Telescope awe as they inform. Plus: “Scope of Inquiry.”

On walks across Mexico City, historian Mauricio Tenorio Trillo finds a path to the past.

An alumna mortician, medievalist, and video sage tries to change the way Americans think about death.

Social critic and Victorian historian Gertrude Himmelfarb, AM’44, PhD’50, looks back on her Chicago education. 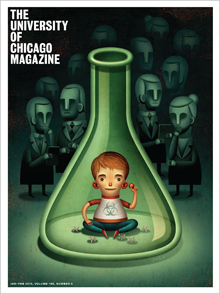 The road to safe, reliable bioweapon vaccines for children is fraught with ethical peril. On campus last fall, experts began to plot it out. Plus—The Soul of Medicine: For ethicist and doctor Daniel Sulmasy, medical progress is about more than the body.

In 1956, two new PhDs drove a Land Rover from Austria to India to begin the research that would be their life’s work. Notes from their journey.

Exploring the attributes of low light, an architect and a physicist try to cultivate a dim awareness.

Benjamin Elijah Mays, AM’25, PhD’35, was the conscience of the civil rights movement. 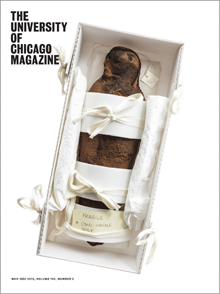 With a historian’s attention to the founding ideals of the College, Dean John W. Boyer, AM’69, PhD’75, implements an ambitious vision for the decades to come.

A corporate career led Beverly Ryder, MBA’74, to the board of the National Women’s Hall of Fame and back to the public schools in her hometown of Los Angeles. 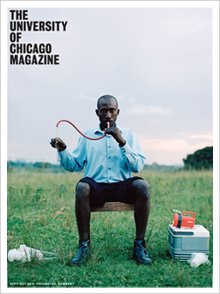 Faces of the Logan Center 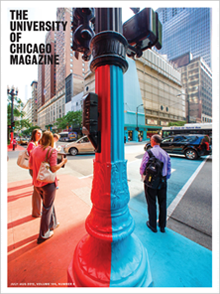 Artist Jessica Stockholder brightens a Loop intersection for the summer.

The Comics: Philosophy and Practice conference drew 17 cartoonists and hundreds of observers, in person and online, for three days in May of intense discussion of the field.

Austan Goolsbee has left behind his DC battle armor, but he can still mail in a good barb or two.

As the Seminary Co-op moves from its underground origins into the light of day, the bookstore’s denizens bid the beloved space farewell.

Muriel D. Lezak, PhB’47, AM’49, has spent her career trying to help humanize the young field of neuropsychology.