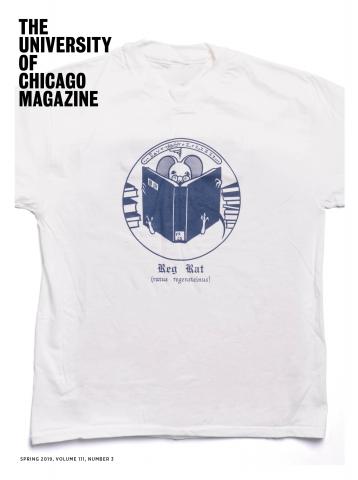 Ready for their close-ups

Special objects from Special Collections get a day in the spotlight.

A computer science expert on the data privacy crisis

In these animated movies for kids, peanuts are the stars

The work of Ron McAdow, AB’71, who found levity in legumes, had a recent screening at the Museum of Modern Art.

An atheist and two believers debate the future of religion

Scav Files. The truth is out there.

Untold stories from a new book about a beloved UChicago tradition.

Cardiac surgeon Valluvan Jeevanandam was part of a team that made medical history.

W. R. Harper’s Index: The Keller Center, by the numbers

A selection of books, films, and recordings by UChicago alumni.

Questions for the broadcast journalist, alumnus, and College parent.